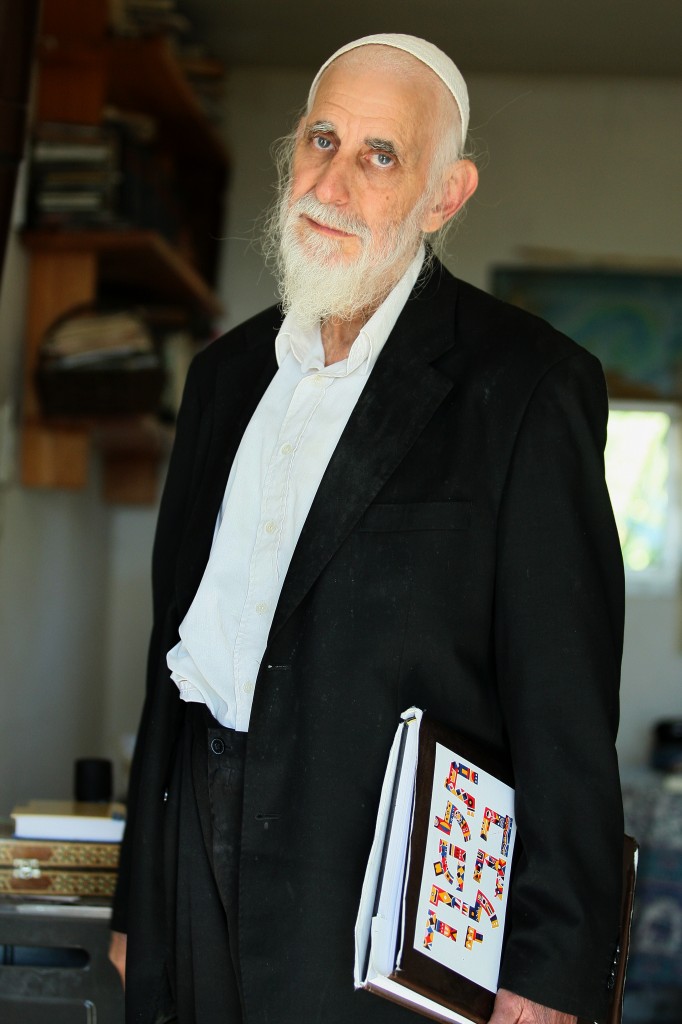 This week, we are doing something different. Welcome to 18Forty Profiles, where we introduce you to the work and life of one of the countless worthwhile people to know about (in our very unbiased opinion). We chose this first profile in the cloudy light of recent events happening in Israel. As we reach a tentative ceasefire after 11 days of unceasing terror and uncertainty, we are turning our attention to the holy land and one person’s lifelong mission to open a new approach to discussing the conflict.

It is already a tried and tired trope to point out that too often, social media polarizes, magnifies, and distorts our understanding of the world, sensationalizing events to pull viewers. From afar, it is too easy to distill the conflicts in Israel down to names and groups without faces, just sets of screaming headlines and soundbites. Like all things, there is often a different reality being lived by the people than we might assume when watching our TV screens and scrolling Twitter.

We are engaging in an act of intentional texturing (as we might call it) as we choose to turn our attention to one figure who upset so many of the easy binaries and comfortable feelings we might have: Rav Menachem Froman.

Rav Froman, who passed away in 2013, was chozer b’teshuvah, a child of the Kibbutz who became a student of the great Religious Zionist Rabbi Tzvi Yehuda Kook, and ultimately a major religious leader in Israel. Rav Froman was the founding chief rabbi of Tekoa, a settlement in the Gush area, and a founding member of many Israeli yeshivot, particularly those in the Religious Zionist-Chassidic school.

Most prominently, Rav Froman was an outspoken peace activist as a deep believer that for too long politics have attempted to heal the breach that religion was seen to have birthed, and that it was time for religion to be used as a force of healing and unification as well. To accomplish this, he met with Muslim teachers and religious leaders, learning and praying with them. With some, he partnered in peaceful dialogue, such as with the Suffi (a mystical school of Islam) imams he befriended. With other less savory political characters, Rav Froman engaged in discussion and learning about religion, in the hopes of fostering greater understanding and appreciation.

Rav Froman was a complicated character in Israel and in his own home city of Tekoa, as people from both the right and left were disturbed by his often colorful activism. With his long white beard, clad in a white shtreimel, grasping hands with Muslim clerics as he wore teffilin, Rav Froman cut a memorable figure. His public war with cancer and untimely passing in 2013, along with the growing popularity of his postmortem book on the Torah and religious life (Chassidim Tzochakim M’Zeh, or: The Righteous Will Laugh From This) have bolstered his reputation in recent years. In his own life, those on the left berated him for living on a settlement, as those on the right berated him for meeting with figures like Sheikh Yassin, a leader of Hamas. To each, Rav Froman offered response in his highly idiosyncratic way, declaring that “one cannot be only right wing or left wing, as one needs two wings to fly.”

In recent years, his life and thought have received increasing attention, as many people, youth in particular, see him as a figure that occupied a rare position for a Religious Zionist Rabbi—as a peace activist and religious leader.

To honor his legacy, and to direct our own attention to the work of bringing greater understanding to a region full of conflicting opinions, this week we offer the best reading and writing on Rav Menachem Froman.

In our very first 18Forty Profile, we put together what you need to know about this fascinating individual. These three articles, from Josh Rosenfeld, Shaul Magid, and yours truly, cover his religious views, political views, and personal views, each offering us a way to appreciate how curiosity, creativity, and devotion to thoughtful growth can birth a truly passionate path towards a life of meaning in the holy land. For extra reading on your own time, check out his deeply entertaining, spiritually evocative books, some of which have been translated on Facebook, and this beautiful article by his student Shlomo Spivack. Check out the full PDF for all three articles, and we hope to learn, live, and grow more together during these challenging and complex times.