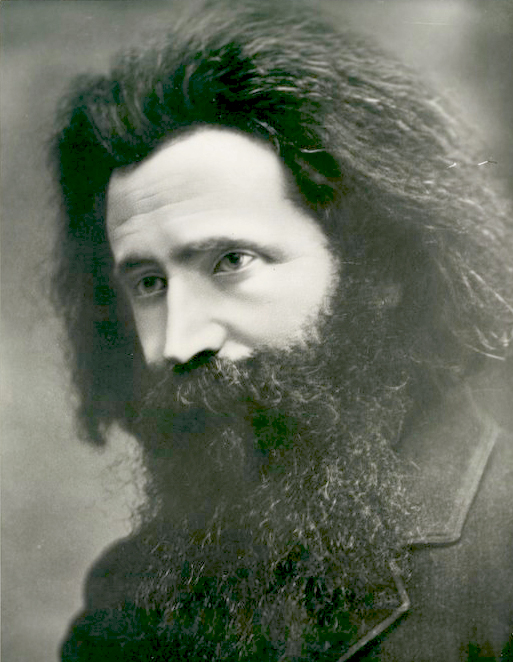 There is a time in every man’s education when he arrives at the conviction that envy is ignorance; that imitation is suicide; that he must take himself for better, for worse, as his portion; that though the wide universe is full of good, no kernel of nourishing corn can come to him but through his toil bestowed on that plot of ground which is given to him to till. The power which resides in him is new in nature, and none but he knows what that is which he can do, nor does he know until he has tried.

Carl Rogers, the humanist psychologist, was fond of pointing out one fundamental paradox of therapy, and of all human growth: it is only when we accept ourselves as we are, that we can change at all. This is a matter of some contention as we reach these high holy days, as some voices push change, others acceptance, and so many of us dance that humble dance between the two, flirting with the shames of trying too hard and not trying hard enough. If we just do the right things, we tell ourselves, each other, our students, our teachers, then we will finally be better, more. And the echoing response is left in our ears ‘if if if if if if if if…..’

How can we situate ourselves between acceptance and change, between being who we are, on the ground, and yet somehow reaching evermore towards heaven?

To prepare for this Yom Kippur, we are thinking about one figure who danced this dance: Hillel Zeitlin (1871 – 1942). A philosopher, mystic, writer, and thinker, Zeitlin lived a life of radical change, during a time of many changes in this world. He grew up religious, left religious life for a time, and then returned with a radical devotion, but marked deeply by the open minded inquiry of his years outside of formal religious life.

Zeitlin resists easy interpretation or labeling – a radical proponent of spiritual community, he was also a powerful paradigm of the lonely mystic, writing and speaking tirelessly to and for his own soul. Little-known for a long time, Zeitlin has received increased attention in bits and bursts. Art Green’s foundational collection, Hasidic Spirituality for a New Era: The Religious Writings of Hillel Zeitlin was an important step, as was the publication of Zeitlin’s writings (most still in hebrew) on chassidic and kabbalistic thinkers and works, “In the Pardes of Chassidut.” Recent collections on spiritual figures of the twentieth century have placed him at the nexus of philosophy and mysticism that was crucial for the eventual emergence of a decentralized spiritual resurgence. Above all, Zeitlin reflects an intense and honest engagement with his own path, his own soul, and he is unflinchingly devoted to an ever deepening life, no matter what direction he went in.

To approach this narrow bridge between who we are and who we hope to be, we put together some of our favorite reads on this intriguing figure. We start with a short introduction, “Who is Hillel Zeitlin?” from Sam Glauber-Zimra, an important voice on Hillel Zeitlin-related topics. Next, you get “The Great Call of the Hour”: Hillel Zeitlin’s Yiddish Writings on Yavneh,” co-authored by Art Green and Ariel Evan Mayse, and we finish up with Norman Frimer’s moving piece, “A Vignette of Rabbi Hillel Zeitlin and the Holocaust (30 years after the storm).”

How can we find ourselves, between acceptance and change, between being who we are and trying to grow, diverge, become? I’m not quite sure, but I look to Zeitlin’s struggles for guidance. I’m not sure if he had the answer, but perhaps we can listen to the way he framed his own questions, and perhaps we might be able to ask better questions, to frame and understand our own humble and desperate attempts to move forward in this path a little bit better. And always, as we find ourselves amidst opportunities and challenges, between heaven and earth, let’s do it together. Together, let’s do it together. May we all be written in the book of life, love, and joy – together.