When I was in high school, I loved mock trial. For those unfamiliar with the “sport,” picture the Law & Order courtroom scenes reenacted by argumentative teenagers dressed in business attire with a knack for public speaking. Everything about it intrigued me.

I joined my school’s team as a freshman, and as my skills improved, I advanced in roles from witness to lawyer, and then lead lawyer. Our team usually did well, placing among the top eight or 16 teams in the county, but we never won the tournament. When I became co-captain in my senior year, I was determined to win. Our players were experienced, our delivery emphatic, and our training unmatched. Victory felt palpable. Or, almost.

The caveat to that confidence was beyond the expected chance factors: which teams we played, which judges we faced, which side we represented, and the like. None of that really concerned me. I was instead worried about the most uncontrollable factor of all: God.

As that year’s season began, I perpetually worried that God would—as God does—manipulate our trials against us, toppling our team like the Tower of Bavel as a punishment for my sins or something. I felt it my responsibility to placate Him.

Each Wednesday that spring, when our matches were scheduled, I made a bargain with God: In exchange for Him not interfering with our matches, I promised to wear tefillin and pray the Amidah that morning; He just had to let nature play out. Of course, I only knew if God agreed when the trial was over, that is, whether or not we won.

Trial after trial, however, we continued to dominate. Our execution was impeccable, from opening statements to cross-examinations and everything in between. We really were incredible. I sometimes wondered whether my deals were for naught, whether we would still win our matches without my cosmological arrangements. I knew that there was no certain answer, so I figured it was best to uphold our “agreed-upon terms” to avoid provoking God.

The fateful end of this story came in the semi-finals of that tournament when we lost. Distraught and dejected, we left the courthouse for the last time that year—as a senior, my last time forever. That was God’s signal to me: The deal was off. It infuriated me. I imagined God dapping up His angels, having strung me along for weeks to coerce my servitude, only to watch it blow up in my face. After my rage would subside, my rational mind would pipe up to remind me that, in truth, God was not being unfair or cruel. After all, business was business.

In the mid-1900s, a peculiar text circulated among Jewish communities: “Yosl Rakover Talks to God”—the story of a pious man’s challenge against God in the Warsaw Ghetto. Before it was revealed to be a fictional account, French philosopher Emmanuel Levinas penned an essay drawing attention to the theological arguments underlying the story. One comment, concerning a lengthier thought, was of particular interest to me:

[Atheism] would also be the healthiest response for all those who until now have believed in a rather primitive God who awards prizes, imposes sanctions, or pardons mistakes, and who, in His goodness, treats people like perpetual children.

His words are striking. There are some believers for whom atheism is a better alternative than their faith, Levinas says. An immature God, born in the imagination of children, is not a God worthy of belief.

Levinas’ description reminds me of a God I once knew—the God I used to bargain with in high school. My convoluted philosophy at the time often left me unnerved and anxious about my future. Sometimes I even tried to suppress my desires so that God could not weaponize them against me. It left me mentally drained and religiously resentful. A life fleeing from an all-powerful, all-vengeful, and all-the-time-angry God was no life at all. For a time, I preferred atheism, and as Levinas predicted, I found it healthier. For those who believe in a God like mine, I think the same would be true.

This proposition may sound heretical and anti-Torah, but the idea did not begin with Levinas. In fact, it flourished in the twentieth century under the watch of a renowned Jewish leader and Torah giant: Rabbi Abraham Isaac Kook.

In his essay “The Pangs of Cleansing,” Rav Kook observed that many perceive God as “an aggressive force from which there is no escape and the obligation to be enslaved to Him.” This conception, he goes on, is born from a “blurred, depleted, and fictitious reality that scares all who believe in it and depresses their spirit.” Soon after, Rav Kook says in no uncertain terms: “And even if [this believer] says all day long his belief is in one God, that is an empty word of which the soul knows nothing at all … and [rejecting that false image] is the heresy preceding Messianic times.”

In B. Sotah 49b, Rabbi Eliezer the Great famously remarks that chutzpah—insolence or impudence—will increase as a sign of Messianic times. Rav Kook believed such chutzpah took form in modern-day atheism. His logic went: Atheism rejects a corrupt, childish image of God that the Torah also rejects, so rather than being a destination, atheism was a mechanism to arrive at a greater truth about Jewish theology. It acts as a strainer to filter our erroneous, damaging beliefs about God.

Around Elul, my mind always returns to these two things: mock trial and God. The season of teshuva is all about returning to God—as the Hebrew is creatively rearranged to communicate (teshuv, meaning return, and hay, as Hashem). It is meant to reframe teshuva as something inspirational and exciting, a reunion between God and Man. But what it neglects to consider is that not everyone wants to “hang” with God—myself formerly among them.

Growing up, I either feared God or wanted something from Him. Outside of those two functions, our relationship served me no purpose, teshuva included. Elul reminded me that God was there, whether I liked it or not, and there was no avoiding Him. I dreaded its approach.

I am blessed to say that is no longer the case. Today, I have a loving, empowering, and healthy relationship with God, characterized by responsibility, vision, and meaning—not divine bullying. That growth did not come easily. Changing how God appeared in my life began with changing how God appeared in my mind. I needed to let go of the scary God and choose a different one.

My mock trial experience epitomized who my God was. He was the Debt Collector, the Executioner, the Source of my pain. That image defined my religious living. Judaism, Torah, God were interchangeable with my problems. There are expectations, responsibilities, and laws in Judaism—it would be inconceivable to suggest otherwise—but we need not conflate a life of guidelines as a life of prison; God is not a parole officer. And He’s not meant to be.

“The Divine Presence does not dwell within sadness,” the Talmud teaches in B. Shabbat 30b. Rebbe Nachman of Breslov wrote that it “is a great mitzvah to always be happy and to make every effort to keep sadness and gloom at bay.” Those are heartfelt sentiments, and they speak volumes to the ideals of religious living. What, however, is one to do when God engenders that sadness? When it is God who leads sadness and gloom to the fore? To me, that was the problem: My God hurt my life—He didn’t help it.

My feelings were not unfounded. Rav Kook validates them in a different piece of his. “Sometimes, we need to distance from thoughts of holiness and teshuva if they bring us to sadness,” he writes in Shemoneh Kevatzim 6:25. So, “when thoughts of teshuva and fear arise in a depressing way,” one should distract themself until they can properly receive such thoughts “in a happy and joyful way that is worthy of sincere worshipers of God, truly.”

When Rav Kook “endorsed” atheism, he did so as a means to deeper religious ends. If one thinks of God as a tyrannical Being, some cold, unforgiving, and unloving Spirit from above, then the correct dosage of atheism would likely be advisable. To believe in such a God, Rav Kook says, is to believe in a God unknown to the Jewish faith.

This Elul, I’m choosing to live with a different God. One who judges as a means of growth, who evaluates as a process of vision. He does not shame and demean. He is the harbinger of support, inspiration, and compassion. He has care and concern, but most importantly, love. When I feel uplifted, I know that I stand beside Him. I left the scary God long ago, and I have no intention of returning anytime soon. 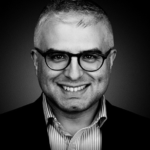 A Letter to Those Going Through Divorce—and Everyone Else

I’ve seen firsthand the fallout and collateral damage of the worst divorce cases–and that’s why I’m sharing methods for how we can change the status quo. 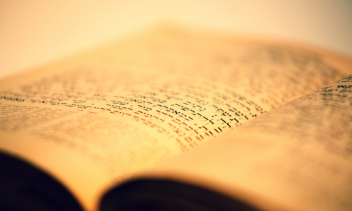 "Sin" is the blockage, the obstructions, in life—how do we avoid it? The Talmud offers timeless wisdom for evading bad and living in flow.