Rav Tzadok of Lublin on History and Halacha

Rav Tzadok held fascinating views on the history of rabbinic Judaism, but his writings are often cryptic and challenging to understand. Here's where to start. Rabbi Tzadok HaKohen Rabinowitz of Lublin (1823-1900) was born to a misnagdic family in Latvia. The son of a rabbi, he was a child prodigy, and as a young man he became a chassid of the Izhbitzer Rebbe, Rav Mordechai Yosef Leiner. Rav Tzadok HaKohen, as he is known to many, was a powerful thinker, with highly original, and often cryptic insights. Rav Tzadok did not have any biological children, however he adopted foster children, one of whom was my own great-great-grandfather, Shealizer Fogel, who brought my father’s family to New York. Although he died childless, Rav Tzadok is survived by his Torah insights.

Rav Tzadok’s writings are often elliptical, cryptic, and difficult to understand. Later rabbinic thinkers such as Rav Eliyahu Dessler and Rav Yitzchak Hutner were impacted by Rav Tzadok, and the mark of his thought is heavy on much of their own writings, despite quoting him infrequently. Rav Tzadok’s writings move between earlier references quickly, and make sometimes shocking points about free will, determinism, and sin.

One lesser-known area of interest is Rav Tzadok’s thoughts on the history of halacha. Rav Tzadok’s writings can be difficult to understand on their own, so we turn to one of the most important modern expositors of his thought for help on this journey—Rabbi Dr. Yaakov Elman.

In the following tidbits of Dr. Elman’s three articles, he walks us through Rav Tzadok’s approach to the history of rabbinic Judaism. In Rav Tzadok’s understanding, this history is a rich and complex back-and-forth between the divine and the human, in a pendulumlike interplay full of strife and deeply creative tensions.

This foundational piece is the starting point. How does halacha develop, navigated by human and divine forces, and what roles do the sages and prophets play in the determining of our tradition? This piece is a long, exhaustive tour-de-force through the original and later sources that guide Rav Tzadok to sometimes startling conclusions. Heads up: You may want to check out the addendum to this piece, which jumps ahead to R. Yitzchak Hutner’s tentative approach to these questions. Skip ahead if you need to, it’s worth it.

The Great Divide in Jewish history, according to R. Zadok, occurred not with the destruction of either Temple, but with the cessation of prophecy, which involved not only a change in leadership from prophet to sage, but a change in access to Torah. R. Zadok develops a comprehensive theory of the changing relationship of the Jewish people to the Oral Torah…There is a tendency to limit the human contribution to the development of Torah. R. Zadok’s view, on the other hand, allows much greater room for a dynamic human involvement in the post-Biblical halakhic process, guided by Divine inspiration.

2. “Reb Zadok HaKohen of Lublin on Prophecy in the Halakhic Process,” in the Jewish Law Association Studies 1 (1985)

If the first piece pointed us to the tensions and limitations of the prophetic influence on Halacha, the second piece guides our attention toward the ways the prophetic forces shaped our halachic process. Drawing from a wealth of sources in R. Tzadok’s works, this piece galvanizes us to see the prophet differently than we may have before, and perhaps to heighten our appreciation for the gulf between prophet and sage. Which is better, prophet or sage? The evidence in R. Tzadok’s writings is not always clear, as Dr. Elman notes, and in reading this piece, I’d urge you to consider which mode calls to you more.

Rav Tzadok viewed the history of Biblical religion in terms of a continuing struggle between the allure of prophecy and the demands of the Oral Torah, the latter epitomized in talmudic dialectic. His basic prooftext is Tanhuma’s reinterpretation of the talmudic depiction of the acceptance of the Torah at Mount Sinai as having taken place under duress, with God suspending the mountain over the heads of the recalcitrant Israelites; according to Tanhuma, their unwillingness was directed against the acceptance of the discipline required to master that dialectic rather than to Scripture itself. Another consideration, which appears already in an early work, and would seem to have been one of the motivating factors in the formation of his theory, was the inclusion of the prophets as a group, without the naming of individuals in the line of transmission of Torah in Avot 1:1. According to Rav Tzadok, this lack of detail reflects the irrelevance of tradition in the training of the prophets, whose mission is validated from Above rather than by any ordination grounded in a mastery of traditional lore.

3. “The History of Gentile Wisdom According to R. Zadok ha-Kohen of Lublin,” in J. Jewish Thought and Philosophy V

A fundamental theme in the work of R. Tzadok is “zeh le-umot zeh.” This idea suggests that God makes everything in correlation with something else, that for everything that exists in unsanctified life, exists in sanctified life, and the inverse. As such, understanding the history of gentile wisdom makes an illuminative parallel to the history of halacha. The intellectual history R. Tzadok offers is fascinating, and one wonders how he’d understand the intellectual trends of our world today.

Thus, each surge of general human creativity corresponds to a similar one in Jewish history. Each era had its exemplars of insight and erudition. This did not occur by happenstance, but is a product of the operation of one of the basic principles by which universal balance, that of zeh le’umat zeh, parallel or symmetrical structure.

We don’t have many of Rav Tzadok’s writings, much has been lost to historical disturbance, namely the destruction of the Lublin Ghetto. This loss too, reflects the relationship between history, halacha, the prophet, and the sage. We don’t know what we don’t have, how Rav  Tzadok might have elaborated or developed this family of ideas in other areas. Thinking about the relationship between history and halacha can feel distant, abstract in the metaphysicality of these questions. But history and halacha are always interacting, in intimate and sometimes uncomfortable ways, and continue to do so in our own life. We live history in live time and are on the front lines of the way halacha and history interact.

P.S. If this is your first journey into R. Tzadok, there’s plenty more to explore, and we’re here to help.

Although in Hebrew, Amirah Leor’s dissertation on “Torah Sh’Baal Peh in the Writings of R. Tzadok HaKohen of Lublin” is the first place to go for a full treatment of these themes. For more, there is a definitive chapter on Rav Tzadok, as well as the intellectual and spiritual worlds he emerged from, in Hasidism: Writings on Devotion, Community, and Life in the Modern World. You might also want to check out All is in the Hands of Heaven: The Teachings of Rabbi Mordecai Joseph Leiner, which opens the thinking of the Izhbitzer, Rav Tzadok’s teacher. Enjoy the ride! The Reform Movement Challenged the Oral Torah. How Did Orthodox Rabbis Respond? 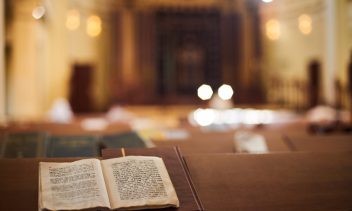 The Reform Movement Challenged the Oral Torah. How Did Orthodox Rabbis Respond?

Reform leaders argued that because of the rabbis’ strained and illogical interpretations in the Talmud, halachic Judaism had lost sight of God. Was that true? 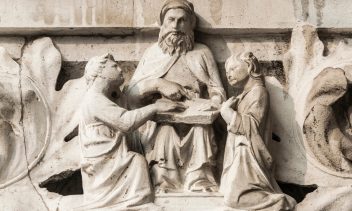 Divinity and Humanity: What the Jewish Sages Thought About the Oral Torah

Our Sages compiled tractates on the laws of blessings, Pesach, purity, and so much more. What did they have to say about the status of the Oral Torah? 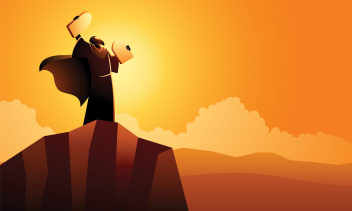