Real Change Is a Process—and It Takes Time

Human desire wishes that we change at the moment we want to, but real change, real teshuva, takes time. We all want—or have wanted—to be like someone we admire. We hold them in high stature, donning the medallion of success and accomplishment we desire. They “made it.” What the mind often forgets is that no one was born overnight. Each person has a life, a story, a background, before you happened upon them. And that’s no different for the greats.

Rav Tzadok HaKohen of Lublin is one such example. If you stumbled upon his Sefaria bio, you’d read about a famed “master of Chassidic thought and prolific author in all areas of Judaism,” among many deserved accolades. His origin story is quite different. As 18Forty’s David Bashevkin shared:

He was not raised in a Hasidic home, and he became Hasidic later on in life after his marriage fell apart, and he’s wandering throughout Europe alone by himself. He stumbles into this Beis Midrash of Izhbitz, which was led by the Rebbe of Izhbitz, Reb Mordechai Yosef Leiner. And he stumbles into this Beis Midrash. He was this recognized genius throughout Europe. It’s not just stories that we have. We actually have his bar mitzvah drasha. We have his writings. He was a bona fide genius. And he stumbles onto this Hasidic court.

And in that moment, he was so moved and so brokenhearted, I guess feeling like he didn’t have a path forward with how he was raised and how he was brought up, that he decided to join this Hasidic school of Izhbitz. And in the first Hasidic work that he ever published, which is called Tzidkas HaTzadik, the very first paragraph talks about change itself.

The decision to change may happen in an instant. The way to change will happen over time. Rav Tzadok is demonstrable proof of that, and his journey in no way hindered his impact. In fact, it only helped him.

In her conversation with 18Forty, Agnes Callard breaks down why, in her model of change, what she terms “aspiration,” you need time:

So I think what is distinctive, the two things that are really distinctive about my approach is first, that I think there are some phenomena that you only get a clear picture of if you take in a larger extent of time. And the second one is that what’s happening during that time is learning. But let’s start with the first one first, right?

So, I think we very much have a tendency to frame the space of practical phenomena, so actions and personalities and decisions and all that, in a framework that can at least conceptually be contained in a moment. So, a decision is something that can be contained in a moment. Like, at the end of the day, you have to just decide. And there’s that moment of decision… But suppose you were trying to study motion. The motion of a horse or something. And suppose you decided you were going to study that by looking at a freeze frame of the horse. And you might think, “That’s not a good way to study motion.” Your topic is not one that is well-suited to be studied in a way you’re trying to study it. If you want to understand the motion of a horse, you’re going to have to take in a longer extent of time than a moment.

And I think there are a lot of things in human life that are too big to fit in a moment. And yet, we still try to study them as though they could be squeezed into a moment.

Human impatience wishes, demands, even, that change occur in an instant. At the moment you desire transformation, it occurs, almost like downloading an app. You want to be knowledgeable and intellectual—beep. You want to be a longtime jogger and gym-goer—beep. You want to be perfectly virtuous and good—beep. What Agnes tells us is that to inculcate large-scale change, we need time. She continues:

And I think that anything that is a learning process is going to take time. So, learning is something that takes time, because what happens is that your ability to understand gets shaped by the things that you’re understanding, and then you’re able to take in more, and it’s a virtuous circle, I’ve described it.

And so, with these value changes, what’s happening is that over time, you’re learning to come to appreciate that value. So your desire to do the thing, for instance, or desire to be with the person is actually growing over time.

Speaking on teshuva, Rav Judah Mischel took that point further. Indeed, change may happen over time, after long periods of time, but it can find a finish line. Teshuva, however,  is a process that is never truly completed. 18Forty dove into this discussion with the popular educator.

[W]hat I wanted to talk about today is, we’re talking about rebuilding, and what it means to reinvent one’s religious identity, personal identity. Especially something that’s a central theme of Elul and teshuva and the high holidays, yomim noraim. And you’ve just published a book called On the Journey of Teshuva, Baderech, which distills so much of your protest. So I wanted to begin with your own history as a catalyst in people’s life.

I actually am glad that you mentioned it because it’s actually On the Path of Teshuva. And this is a big conversation with the editor and with the publishing company, because often, people looking for a book, I bet you have people looking for a fix, right? Everybody needs to fix something, everybody feels like it recognizes at one point or another in our lives that we’re not whole, and that we want to fill that gap and make amends, whether it’s a family, or friends, or with Hashem, or with ourselves. And the title was important to me because it is a journey, and it’s a process. And originally when the publisher suggested that it was a journey to teshuva, I said no, not really, because that implies that teshuva is a destination that you’re going to get to, that it’s something that you’re going to be able to accomplish, and it’s going to happen. As opposed to being an ever unfolding process of restoration, of growth, of searching, of coming and going, of ins and outs, and gutters and strikes, et cetera. So, it was important that the title represent what the approach is, that it’s a path, and that it’s something which is never ending. And it’s not something which we can just get through on the high holidays, or get through with some epiphany, or some seminar, or some experience, and then move on, and we’re good. We’re cool. I did teshuva, now I’m cool. But it’s specifically on the path of teshuva.

Miriam Gisser, another 18Forty guest in the teshuva series, spoke about recovering from addiction as change—something she knew intimately as her first husband struggled with it for years. She described teshuva as a story yearning for a better future, reinforcing that such a future is a possibility:

I think the way I look at it is that you don’t just do teshuva once and then you’re done. I think it’s a story of hope.

Miriam’s first husband passed away from an overdose, and now she is remarried but chooses to speak openly about her story. 18Forty asked what gave her the strength to do so.

It’s just what it’s supposed to be. I don’t know if I can really explain it or put it into words, I just think that, like we said, God gives people a test, and then what do you do with the test? Right? So I think that part of my journey is raising my kids to be aware of addiction, raising my kids to be compassionate to people that might suffer from similar things that they suffered from, being available to people that may be struggling with similar things.

It’s like, the Jewish people are supposed to be a light unto the nations, and I feel like, if I just compartmentalize and put my story on that shelf in the attic, then what was the point? But if I can spread that light, a difficult light, but if I can spread it and help people, then that’s the goal. And the goal is not even like, oh, maybe if she listens to this, then she won’t marry the addict. No. The goal is, whoever’s listening to this and whatever they’re struggling with, that there’s hope, that there’s like… that we are given the strength, the DNA to overcome challenges.

And so, whatever is in front of you, it’s just a matter of figuring it out, how to overcome it. And it’s not going to take 24 hours or 10 minutes. It’s all about being patient with yourself – I had to be patient with myself – and allowing things to happen at the right time. Which goes back to, I didn’t get divorced after the first time he relapsed, that wasn’t the right time for me. And so, it’s a journey. Life is a journey.

Change, teshuva, life—it is all a journey. An individual one, as well as a collective one. It may not be easy nor convenient, but it is a process. For real change, real teshuva, real life, that’s how it is meant to be. 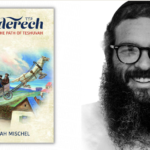 Just because we change—or want to change—does not mean that the change is good. We can develop bad habits, harmful beliefs, or destructive behaviors under the guise of “growth.”