OUR STORY: JOURNEY TO 18FORTY 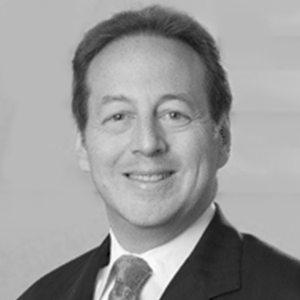 As a quintessential Boomer, I never paid much attention to cultural storms, and certainly not to their impact on the edifice of Judaism. I first noticed the winds buffeting Judaism when my son, a Day School graduate, was a sophomore in college. He was taking a course, which introduced him to the various issues raised by the academic discipline of Biblical Criticism.

From our conversations, I learned that many scholars claimed that the Torah was not written by God, but was likely written during the Second Temple era by multiple unknown authors. I was made aware of the Torah’s perceived inconsistencies, varied writing styles, non-chronological nature, seeming factual “inaccuracies” brought to light by archeological finds, and its echo of prior ancient texts, all of which reinforced this conclusion. I was further enlightened that the Torah was not timeless and did not apply in the 21st century. In fact, to modern eyes, the Torah appeared immoral, since it promoted misogyny, non-equal treatment of “the other,” non acceptance of the LBGT community, the conquest of the seven Canaanite nations, not to mention the eternal decree against Amalek.

These discussions frustrated me on a personal level. Raised as a secular Jew, I only had discovered practicing Judaism in my early 40s.  But for me the roof in the ancient edifice of Judaism now was leaking, and the warmth in the building was beginning to escape. From my perspective, the windows in the Modern Orthodox Day School had become opaque—students could not see outside and outsiders could not see in. Yet, I was ill-equipped to patch these leaks in the roof and drafts through the walls. For me, the windows also had become cloudy and the leaks were filling the buckets I placed beneath them.

One evening, catching up with an old friend who is Modern Orthodox, we discussed some of these issues. To my surprise, he was familiar with and untroubled by them.  He told me about the Hertz Chumash of his youth, and the one he still personally reads each Shabbat. I was amazed that the Chief Rabbi of England dealt with many of these issues in his Chumash, way back in 1937.  I could not understand what happened to this information within the Modern Orthodox community, discussed so openly, so long ago.

I knew there already were numerous campus and online resources dedicated to Jewish Continuity.  But I felt these were not directly responsive to the task at hand. My perception was that the campus Kiruv organizations did a good job of introducing secular Jewish students to the beauty of Jewish ritual and provided a gathering place for cultural Judaism. But they did not address the direct challenges of cultural climate change and academic biblical studies.  Likewise, I found that many online sources were one sided. Sites sponsored by traditional organizations did not openly address these issues, or merely offered apologetic approaches. Conversely, the more progressive sites appeared to advocate for these academic approaches, without offering balanced answers. If Judaism was real, and if the ancient edifice worth preserving, I felt strongly that the best approach was to explore both sides of the issue, in an open forum, and let the strength and beauty of Judaism speak for itself.

I felt the best place to tackle this issue was in the Day Schools, where students could be exposed to these issues in an open and honest forum. If students believe their Rabbis are comfortable discussing these issues, students will be more comfortable when confronted with these issues later. Therefore, I first approached the Rosh Yeshiva at my son’s old school.  From our discussion it was clear he recognized the shifting environment created by technology, rapidly changing social mores, and understood the structural issues that challenged the long-term integrity of the Jewish Edifice. But when we began to brainstorm the potential repairs, we ran into many questions with no easy answers. In addition to numerous logistics and implementation issues, what was the risk to the school of being first, a pioneer, an outlier in the day school community? Would the attempt to fix the ancient edifice undermine its very structural integrity?

After nearly a year of numerous conversations with multiple people, I was introduced to a person who might be both the architect and general contractor to affect the needed repairs. The 18Forty  project was born. We both understood the storms that were buffeting the edifice and the need to reinforce it against cultural climate change. He also understood the difficulties in affecting a modern repair on an ancient building without damaging it. So he decided to  streamline the process to avoid the obstacles of a typical construction project. We would not submit our architectural plans to any building department for approval or hire union labor to do the construction. Instead, he came up with the quintessential millennial idea— end run the establishment and go straight to our market—online and unencumbered.

Jewish continuity has been threatened in every age. Yet, we are still here, having made contributions to humankind far out of proportion to our meager numbers. Today we are once again threatened. This time the threat is not from a physical enemy, but by modernity itself. The internet has caused information to proliferate at an unfathomable rate, and in an incomprehensible volume, as to make humans unable to synthesize it. As questions proliferate faster than they can be answered, we seek answers to multi-faceted complex questions in brief sound bites so we can move on to the next question. But meaning often cannot be found in simplistic black and white answers. The world is far more multifarious than that. And difficult questions about living a meaningful and self-actuating life often requires careful, thoughtful, and time-consuming contemplation. It requires studying a question from multiple points of view and engaging with each.  And sometimes the most frustrating part is that answers are not obvious or may even lie beyond the grasp of our intellect.

Through 18Forty we hope to aid in facilitating that elusive search for meaning. 18Forty was born from recognizing the impact of cultural climate change on structural integrity of Modern Orthodox education for the millennial and future generations. Hopefully 18Forty will help fix the leaks, seal the drafts, and repair the windows for greater transparency. Through the lens of 18Forty we hope the millennial and future generations can see the outside world from the inside, and Day School graduates can continue to see the beauty inside the ancient edifice of Judaism.

About Mitchell D. Eichen
In the late 1980s Mitch Eichen founded a New Jersey based independent wealth management firm, which provided sophisticated holistic services for high and ultra-high net worth families. He later founded an independent investment management firm focused on risk-controlled investing. He managed both of these firms until their sale in 2015.

During his career, Mitch was a frequent TV guest, columnist, writer, and lecturer on a variety of financial topics. He is a member of the Board of Governors of the Alzheimer’s Drug Discovery Foundation and the Financial Advisory Board to the Rutgers Graduate School of Business

Since his retirement in 2015, Mitch and his wife, Annette, split their time between Florida and New Jersey. Mitch has a commitment to Jewish Peoplehood and a passion for Jewish Continuity. He dedicates much of his time and efforts in furtherance of this objective, which led to the founding of 18Forty.