My Sundays will never be the same. My weekly inspiration and enlightenment are gone. Forever. It is hard to describe how much this feels like the end of an era. For 15 years, my weekly calls with Professor Rabbi David Weiss Halivni on Sundays were the highlight of my week, and my entire weekend was organized around them. Those Sundays were the perfect follow-up to Shabbos. They provided the inspiration and intellectual charge for the week to come. More than anything, I learned what a mentor was supposed to be: Halivni was a true rebbe, caring and inspiring. He taught me how to be a teacher, a father, and, ultimately, a mentsch.

I first met Professor Rabbi Halivni in 2004, when I joined the Liberal Arts Master’s Program at Columbia University to study Jewish History under Professor Yosef Hayim Yerushalmi. To my chagrin, Yerushalmi was then on sabbatical, so I had to find a substitute for the year. Going back to school while working came at great sacrifice, so it had to be worthwhile. Now that Yerushalmi was away, who would be my teacher of Jewish Studies? Looking through the Columbia catalogue, I stumbled upon a cryptic course, without much description: “Critical Formations: Talmudic Texts,” taught by Professor David Weiss Halivni. I had never heard of Halivni, and, as a yeshiva student, I found it stunning that Columbia would offer a worthwhile course on Talmud. What could I possibly learn about the Talmud at Columbia that I had not previously learned in yeshiva? Since it was my only available choice, I registered anyway, but without any great expectations.

I will never forget my first class, when I met Halivni and first heard the term stammaim. What in the world was he talking about? I had learned in the best yeshivot in the US and Israel for more than ten years under the Talmudic giants of the generation and knew a lot about the protagonists of the Talmud: tannaim, amoraim, savoraim, and geonim. But stammaim?? What was I missing? Having encountered, for the first time and by chance, academic Talmud study, I temporarily hijacked the class, arguing and defending the knowledge and purview of a yeshiva bochur. Yet, it was love at first sight, and from that moment, I was hooked on academic Talmud. I also knew that I had encountered my new mentor; I intuitively felt that life would never be the same.

My classmates have always remarked that, in that first class, everyone knew a major transformation was taking place, that Halivni had encountered his newest fan and disciple. Still fresh in my mind is Halivni’s answer to me that day: My understanding of the Talmud and its protagonists was based upon the theory of the formation of the Talmud developed by Yitzchak Isaac Halevy in his Dorot Harishonim. Thus, I ought to study Halevy’s book and evaluate it on my own. Only after a thorough analysis of Halevy’s claims and theories would I be able to appreciate and evaluate his understanding of the process of the formation of the Talmud and compare it to Halivni’s own ideas on the subject. In other words, what I assumed to be a basic, undeniable truth was, in essence, the product of a great late-nineteenth-century Orthodox historian. At that moment, Halivni charged me with a mission that came to define my time at Columbia, namely, to fulfill the commitment he had made to Rav Yitzchak Hutner zt”l to devote academic research to analyzing and evaluating Halevy’s theories. Rav Hutner, upon failing to convince Halivni to remain at Yeshiva Chaim Berlin, gave him a mission to continue Halevy’s task. My dissertation and book on Halevy’s model of the formation of the Talmud came to be a fulfillment of that mission.

In the process, I learned that Halevy and Halivni shared a common heritage and many common traits. As Jeffrey Rubenstein remarked in his superb 2013 translation of Halivni’s The Formation of the Talmud, Halivni always viewed Halevy as his true “debate partner.” Both were true talmidei chakhamim, traditional Talmudic scholars, who came to adopt academic methods to analyze and present an account of the development of the Talmud, the processes and methods of its compilation, and the protagonists of its formation. Notably, both had their grandfathers, instead of their fathers, as their formative masters and guiding posts throughout their lives. Their conclusions and approach, on the other hand, could not have been more different.

Halevy was the ultimate traditionalist, with a programmatic historiography designed expressly to defend tradition. In his worldview, the Oral Law was static, with a rigid model of transmission, and the Talmud was compiled and edited by a central academy specifically formed to redact and edit it through a formal, rigid process. Halivni, by contrast, saw the Talmud as a work of reconstruction by later sages, in an evolving and, at times, fragmented and messy process. Remarkably, however, only Halivni applied his theories in a methodic way, writing a running commentary of practically the entire Talmud, stopping at tractate Menachot solely due his illness. Halivni was truly unique: Not only did he create a comprehensive and sweeping account of the process of the formation of the Talmud, but he also was able to demonstrate how his model allowed for the elucidation and interpretation of numerous Talmudic sugyot. Halivni remarked repeatedly that his goal was to employ the historical reconstruction of the Talmud as the ultimate tool of interpretation. And in that, he succeeded and excelled.

Halivni was remarkable for his unparalleled erudition in both traditional and academic sources.  His work expertly combined current academic research with the traditional rabbinic sources of the past two millennia. Anyone perusing his running commentary on the Talmud, Meqorot Umesorot, is astounded by the breadth of his knowledge and his uncanny ability to employ his academic model to solve the questions and difficulties raised by the greatest rabbinic luminaries throughout the ages. His footnotes are truly works of art. Throughout his life, Halivni remained a genuine talmid chakham, a real rebbe, who also happened to be a professor at a top academic institution. One of his prominent students, who had grown up in a secular home, once told me that, when he came to Halivni to ask to study with him, the professor retorted that he should first study at a regular yeshiva for a few years to learn the traditional approach to the Talmud; only after that would it make sense to study the Talmud academically. This student followed his advice and is today one of the great university professors of Talmud in Israel, and for decades he was one of Halivni’s closest disciples.

I feel truly blessed for having had the opportunity and merit to partake of Halivni’s unique wisdom for more than 15 years. At our weekly learning sessions, we would discuss Talmudic passages that I had learned during the week on my own, in my regular sedarim (learning sessions) with my chavrutot (learning partners); sugyot and research related to my dissertation; and sugyot that he was working on for his upcoming books. Halivni always surprised me with the breadth of his knowledge and creativity. There was never a dull or boring session, nor a week when I was left without a breakthrough. I wrote down the innovative ideas we discussed, and they fill several notebooks; perusing them brings about a great sense of longing and sweet memories.

Despite all of this tremendous erudition, what most impacted me was his care, sense of humor, and love for his students. Every Sunday session would start with his asking about my week, my mother, my family, my business, and my dissertation work. His respect for my research, even though, at times, I argued with his own theories, taught me what being a mentor was all about: giving students intellectual independence and the confidence to express ideas and argue against existing theories. We not only discussed the Talmud; Halivni also demonstrated real interest in topics that I cared about. I have always been interested in machshava, Jewish Thought, mainly in the works of Rabbi Judah Loew (the Maharal of Prague) and Rabbi Zadok Hakohen of Lublin, and I have given weekly classes on these topics for many years. Our discussions brought to light a unique perspective of his that very few have been able to glimpse: his theology of the Holocaust–and the two types of divine revelation, the Revelation of Presence and the Revelation of Absence–and how they related to ideas presented by both the Maharal and Rabbi Zadok. And all these serious discussions were accompanied by amazing stories and hilarious anecdotes. It was a constant, delectable treat.

Unfortunately, whatever is great must eventually come to an end. It is now our mission to continue his legacy and perpetuate his approach. It is a great honor and remarkable opportunity to spread the amazing benefits of combining traditional Talmudic erudition with academic tools and research. Halivni taught us all how to be a true rebbe and, simultaneously, a great professor, and how to remain in the halls of the beis medrash while teaching at a university. Now it is on us. The work is just now beginning. Let’s continue it. 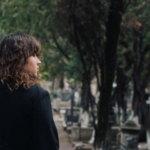 In one of 18Forty's Must Reads, Rabbi Dovid Bashevkin writes how, in Tractate Moed Katan, the Talmud teaches us the only life lesson we need. In our conversations on loss, we spoke with Josh and Dani about keeping the memories of their wife and father alive, even if they are no longer here.